… and I suppose first I need to tell a tiny story, you know, so you understand why I just now finished this book. I remember exactly where I was when I saw HBO’s first trailer for Game of Thrones. Sitting on the couch, watching something bullshit (Maybe season 1 of True Blood, before it became utterly unbearable?). I don’t remember exactly, but I do remember thinking: holy fuck, what the fuck is this? Sean Bean, castles, epic fantasy, all produced by a major premium network? Sign. Me. Up!

Not long into the first season–when I realized I was watching an instant classic–I learned it was based an ongoing book series written by the American, modern-day Tolkien (i.e., George R. R. Martin, of course). I thought, hmm, maybe I should break out of my phase of binge-reading historic non-fiction and give this series a shot. And that’s when I realized I was going to try something new, something unheard of!

I hate spoilers. I detest them, really. I won’t even watch trailers for a movie I know I’m going to see. I skip the “next time, on this show” segments, and I definitely skip the new-fad, “coming up, on the episode you’re about to watch” fucking nonsense. So, I decided I would let HBO break the story, by watching the TV series, and then, after each season, I would go back and read the book. All in an attempt to get a pure story from one outlet, and then a supplemental spoiler-free experience from the other.

Watch the video adaptation first, then go and read the books? MADNESS. But, luckily for me, Game of Thrones is best in class. I tell you what, I’m fully caught up on Game of Thrones, and just finished volume: 4 of a Song of Ice and Fire: A Feast for Crows, and so far the experience has been awesome. The TV series is necessarily more succinct in some ways, and more expressive in others, and vice versa with the books. It’s a really cool way to absorb this work in two methods. And this work is worth absorbing in more ways than one. Perhaps my next method will be eating the books, or maybe running my body on them …

With all of that said, I found myself thinking–through much of this book–that it might be my least favorite of the series so far. Which is to say that it is still really awesome, just … something about it. Perhaps maybe because it was focusing on characters I had never cared for (the Ironmen) and couldn’t really see myself caring about much. That, and all of the activity in Dorne, with the princesses, and the sandsnakes, and all of that. It felt a little *meh* to me, if you’ll forgive me that slang. Or maybe because so much of it was about Cersei. I mean, she’s awesome–a wicked and troubled antagonist, but maybe not my favorite arc. But learning more about Brienne, Jamie, Arya, Sansa, and Samwell, was fascinating. I loved those arcs and can’t wait for them to keep going.

I won’t say much else, except for that my plan has gone somewhat sideways. The show and the books are somewhat out of synch, and in some areas the show is way ahead, and some ways it is behind, or things are just flat-out different. So now, I’m in the mindset of “fuck it, read it at your leisure and watch it when it comes out,” and I think the plan is going to work just fine.

If you’re considering reading A Song of Ice and Fire, I highly recommend it, but it’s not a beginner-level epic fantasy by any stretch. At times, Martin’s exhaustive historical prose can be long-winded, and a little over the top, and the ensemble cast is enormous and ever-changing. But, regardless of your disposition to reading styles or genres, if you’re not watching HBO’s Game of Thrones, you’re just not doing it right. 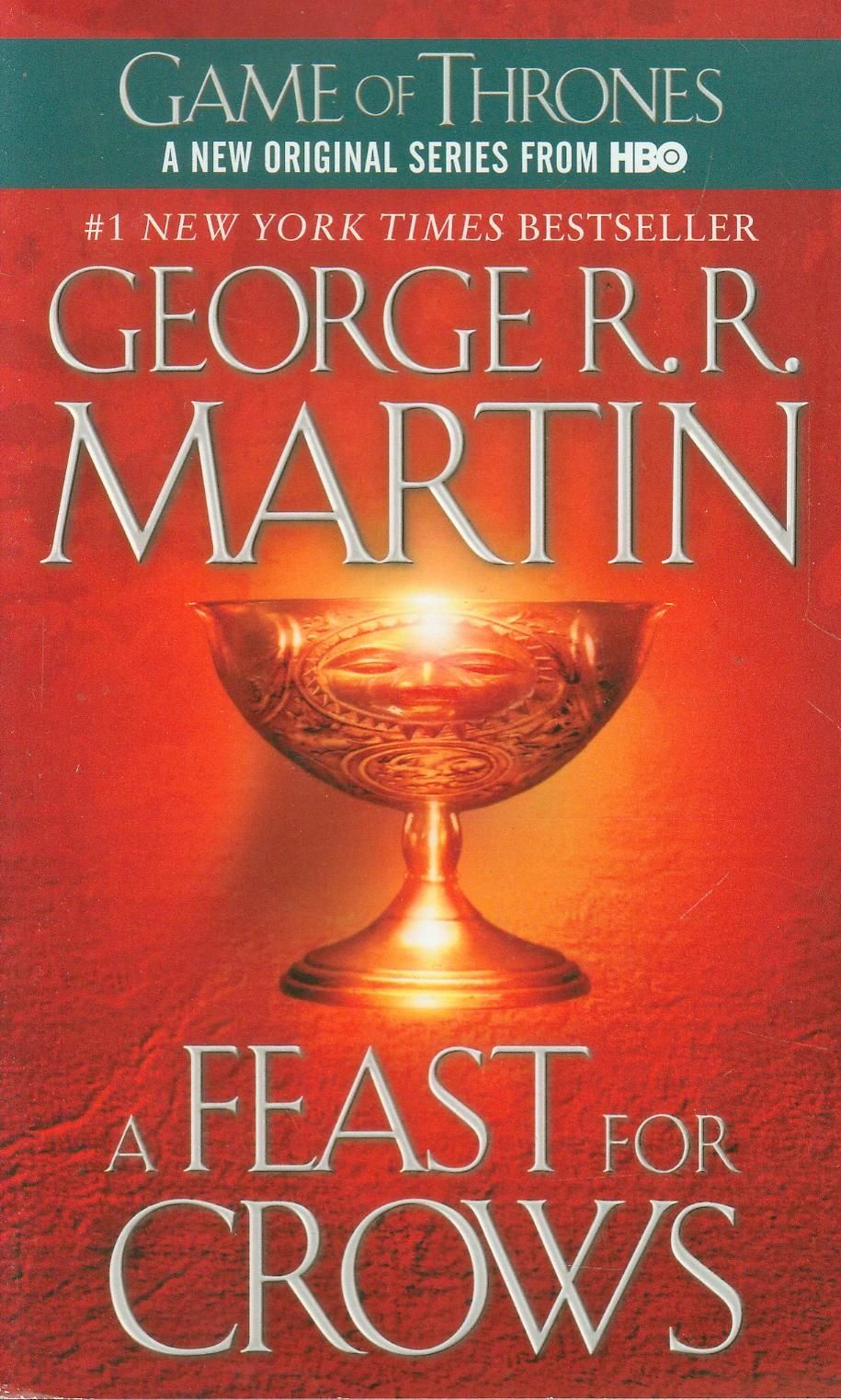 That's me ^ and my little girl when she was a few days old. She's a big girl now, but I can't update this pic because I look unusually good right there, so ...